Alaska Raceway Park is a Palmer, Alaska, motorsports complex, conducting races from Mother’s Day to Labor Day. Located near Butte, the Knik River, and Knik Glacier at Mile 10.4 of the Old Glenn Highway, it is about 41.5 miles northeast of Anchorage, Alaska. Nearby 6,398-foot Pioneer Peak looms over the finish line, providing a scenic racing venue recognized worldwide among race fans.

The complex, owned and operated by Earl and Karen Lackey and Michelle Lackey Maynor, sits at an elevation of 63 feet above sea level, offering excellent air pressure for racing. The 1/4-mile drag strip was opened in 1964 and operates in the NHRA Northwest Division 6. In 2016, ARP debuted a 1/3-mile asphalt oval track in the NASCAR All American Series. Emphasizing family and community spirit, ARP hosts multi-generation racing families and fans for food, fun, fast cars, and long weekends of quality time in a breathtaking Alaska setting in view of Matanuska Glacier. 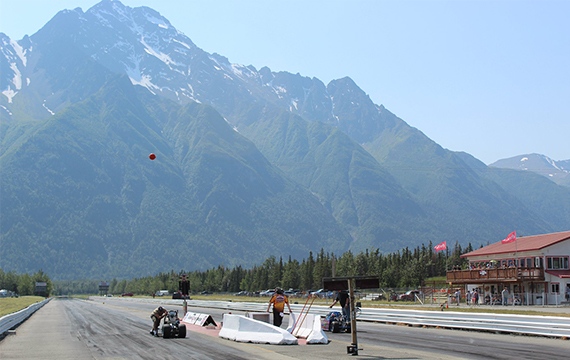 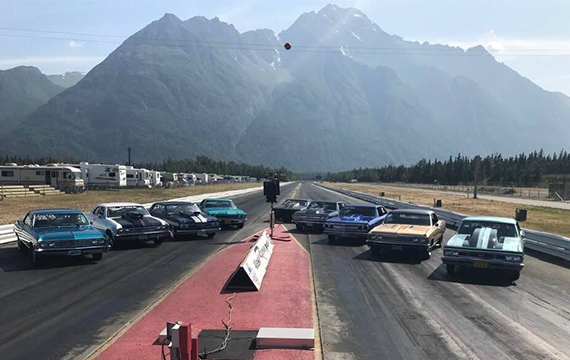 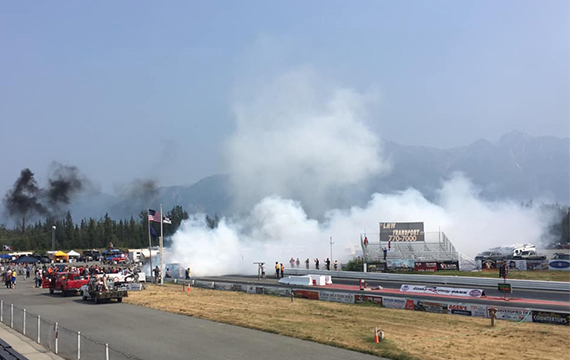 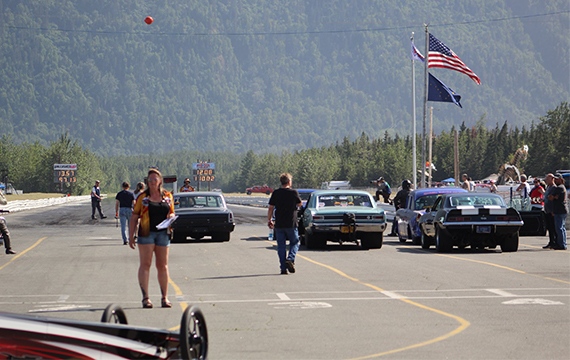 The 1/4 drag strip was opened in 1964 and run on leased land for the next 30 years by Lee and Fern Nelson and sons Ron and Larry as Polar Dragway. The track has had several names over the years, including Thunder Valley Raceway, Valley Raceway, Big Valley Raceway, and Polar Raceway. In November 1994, the racing operation was purchased from Lee Nelson and incorporated as Top End, Inc., held by a group of businesspeople who loved motorsport. The group included Jack (Randy) Harris, Louie Kirk, John Childs, Jerry Schreiner, Gregg Gunnarson, and Kristen Kinn, and the name was changed to Alaska Raceway Park. Earl Lackey purchased Jerry Schreiner’s shares in 1995. Top End completed extensive changes: environmental cleanup, installation of an entrance via Sullivan Road, installation of new bleachers and sound system, and re-roof of all buildings. The drag strip become the only Alaska IHRA member track on March 1, 1995, through the efforts of Gregg Gunnarson. In 2003, Alaska Raceway Park was recognized by IHRA as Track of the Year for showing “positive growth and success on the track.” In 2012 IHRA recognized Alaska Raceway Park as the Summit SuperSeries Track of the Year for Division 6.

In Fall 1998, Earl and Karen Lackey bought the corporate stock from the other owners and, with their daughter, Michelle Lackey Maynor, remain the current owners. They continue track improvements, including new bleachers on the pit side, remodeling the main building (snack bar and lounge), adding a gift shop, enlarging the work shop, adding improved firefighting and track-cleaning equipment, paving the staging area and pit parking, and installing a separate entry gate for racers.

In April 2000, after 35 winters and thousands of rounds of racing, the track surface was weathered and frost-heaved. A new audio system with a radio transmitter was also installed before the massive cooperative effort to grind up the old track, lay a new bed using laser-controlled machinery, constructing a heated 300-foot concrete launch pad, then laying down 4,100 feet of asphalt. Much of the work was accomplished through volunteers, with assistance from the Operator’s Union, VECO, Denali Concrete, and a donation of emulsion from Tesoro Refining and Marketing. On May 21, 2000, a new state-of-the-art computerized timing system was put into use.

In 2002, the Lackeys successfully purchased the 155 acres previously leased from the State of Alaska, as well as an adjoining 27 acres from the Matanuska-Susitna Borough. This purchase made the track’s status permanent and provided room for parking.

In October of 2019 Alaska Raceway Park made the switch to the NHRA Northwest Division 6, becoming NHRA’s northernmost track. Being part of NHRA brings another level of racing to Alaska, as well as allows for Alaskan racers to compete with their divisional and regional counterparts on the West coast.

In 2016 a new 1/3-mile asphalt oval track is debuting, sponsored in part by Tesoro Refining and Marketing, Pruhs Construction, Soper’s Concrete, Valley Block and Concrete, E-Terra, Acutek Geomatics, New Horizons Telecom, and J.D. Steel Co. The oval track was sanctioned in February 2016 as a home track by NASCAR in its Whelen All American Series. 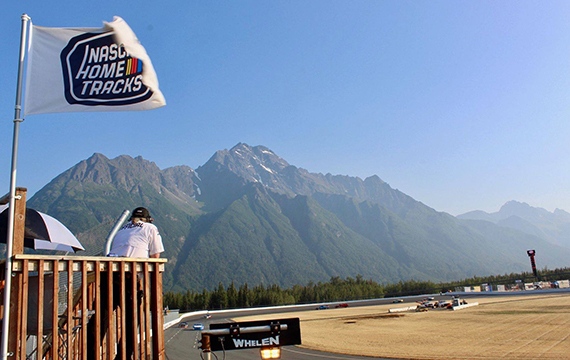